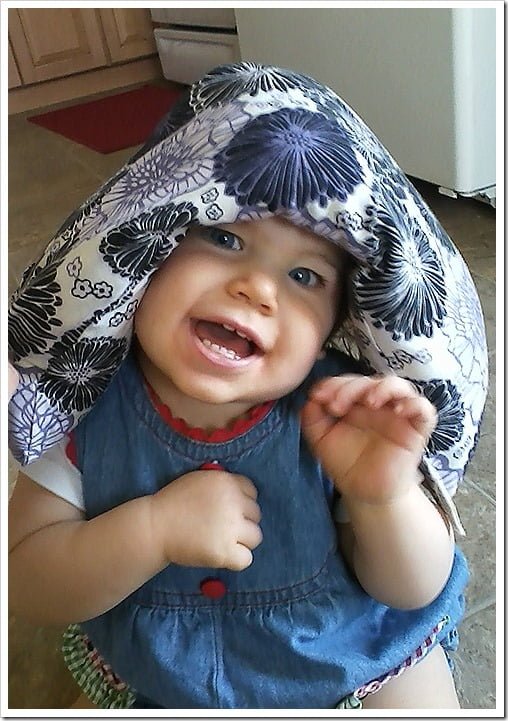 Withstand the coming heat of summer with the refreshing cool of a frozen Thera-pit-ic. Perfect for all ages… Order yours today! 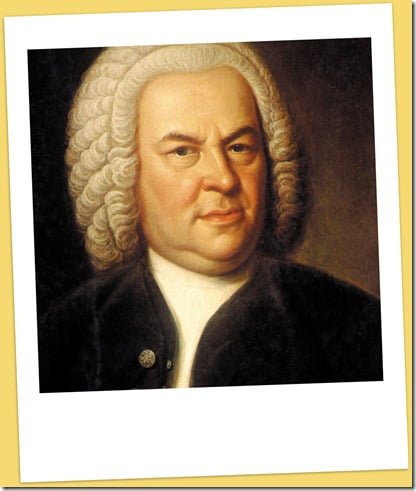 The Bach Inventions are a collection of exercise pieces, with a style original to the composer Bonporti. These pieces were based to a large extent on the art of improvisation. As time passed, this sort of exercise music, composed in two parts, became a signature work of Johann Sebastian Bach for the purpose of teaching his son, Wilhelm, how to “compose good inventions and develop them well and to acquire a taste for the many elements of composition.” It is said that the first versions of the fifteen inventions were composed during Wilhelm’s lessons, based on the above phrase from the forward in the Autograph of 1723.

It is interesting to note that, in the order that Bach presented them to his son, the first three of the two-part Inventions – C major, D minor, and E minor – are based largely on portions of scales, sometimes on a scale in entirety. The three following, being F major, G major, and A minor, were composed using patterns derived from broken chords. B minor uses a combination of both ideas. The final eight Inventions were placed in descending order of keys, revealing another interesting fact about Bach as a very orderly instructor.

The two-part Inventions are now used primarily to teach students two things, the first being to play cleanly while only using two parts, and the second, after having mastered the first, to be able to successfully accomplish the learning of three-part contrapuntal pieces, such as Sinfonias. A large advantage given after having learned the Inventions and Sinfonias, is that, with regard to strength and technique, both hands are built up to an equal point.

J.S. Bach was born in Eisenach, Saxe-Eisenach on March 21, 1685, to Johann Ambrosius Bach and Maria Elisabeth Lämmerhirt. His father was the director of the town musicians, and all of his uncles were professionals in the world of music. Young Bach was immersed in music from a young age, with his father as his instructor in violin and the basic theory of music. One uncle, Johann Christoph Bach, first introduced his nephew to organ, one of the greatest factors in J.S.’s great success as a church musician.

After his parents’ death only eight months apart, J.S. moved in with his eldest brother, Johann Christoph Bach (not to be confused with the uncle, Johann Christoph.) While living with J.C., he capitalized on his opportunities by copying, performing, and studying music, later going on to further music studies at the prestigious St. Michael’s School.

At the age of eighteen, Bach began a career as church organist, which he continued in until 1723. The life of a musician carried him to work in several different churches during this time. Following his church organist career, Bach worked as the Cantor in the St. Thomas Church. This position involved instructing students in Thomasschule in singing, providing the main churches in the area with music, and teaching Latin (for which he was allowed to hire a deputy). He served in this capacity for the next twenty-three years, until his death in 1750.

This essay was written at the request of my wonderful piano instructor, Allison Chetta (Pinner Studios, Greenville, SC).

Click below to purchase all of the two-part inventions for Sheet Music Plus today!

At our house, fresh-baked cookies (and even the un-baked ones, for that matter

) have a tendency to disappear quite rapidly. But alas! For the poor neglected old ones… those that have been sitting on the counter for days… those that dried out because someone accidently forgot to seal the container after an afternoon snitch… those that weren’t really the favorite recipe (or didn’t contain enough chocolate 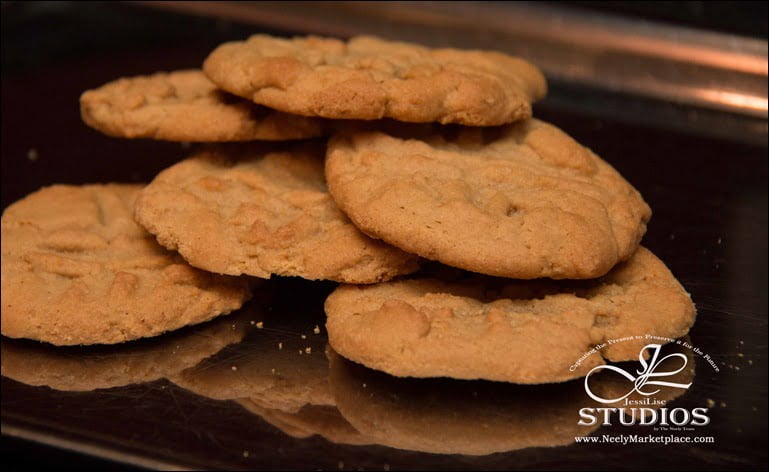 Recently we had a bag of stale peanut butter cookies on our counter. Not wanting to waste them, and also desiring to concoct a special dessert to have together on Dad and Mom’s date night, Victoria and I had a little fun making up “Peanut Butter Mountains.”

These can be done with any kind of cookie.

We spread them with a layer of peanut butter (and, next time we’ll be more generous with it) and put a scoop of ice cream on top (chocolate/vanilla in this case, but almost any flavor would be great). 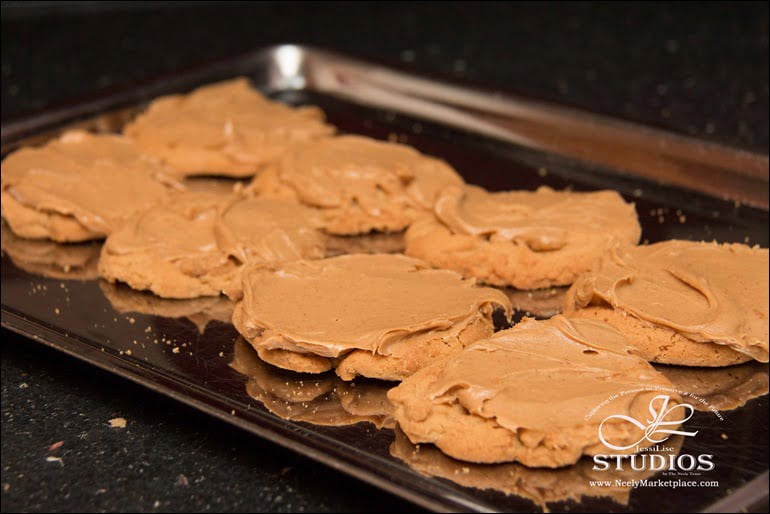 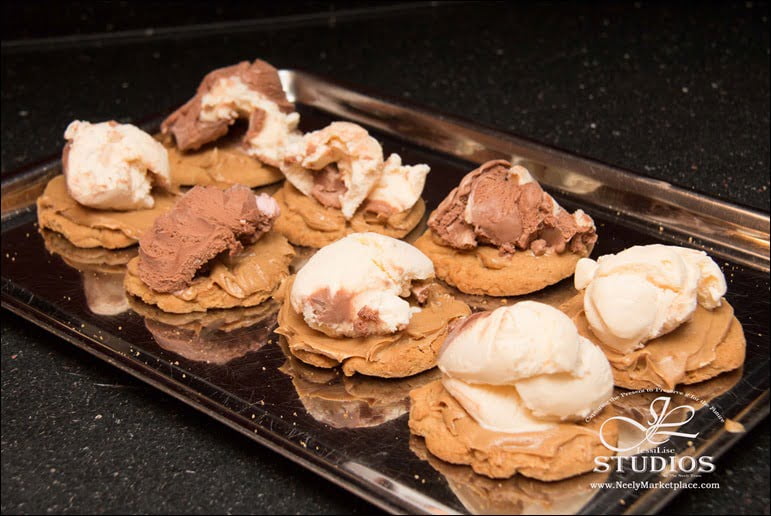 Then we put them in the freezer for about 45 minutes. This kept the ice cream hard while we continued working on dinner, and allowed the cookie/peanut butter to get cold.

Before serving, we topped it all off with chocolate syrup and whipped cream. 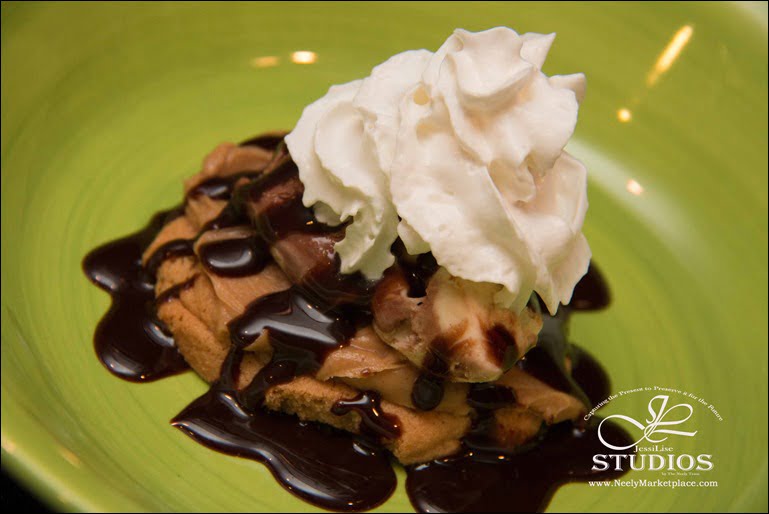 You should try them! They were a definite hit with all of the kiddos, everyone unanimously agreeing that the layer of peanut butter was the touch of amazingness.

Check out our Spring sale! ALL Confederate Candles are 50% off! 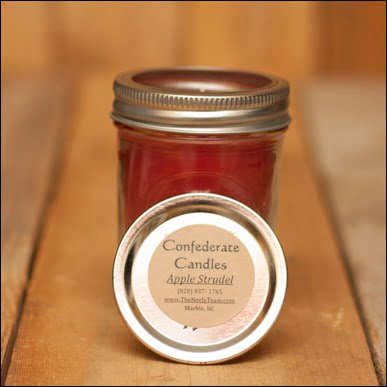 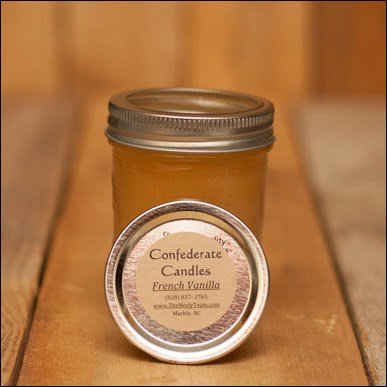 These highly fragrant and beautiful candles are hand-poured and carefully prepared for the highest quality possible. The canning jars give them a unique look, so they are excellent gifts for any candle lover! Each comes with a complimentary gift box. Most burn for over 35 hours, making them a incredible value for the price.